You are here: Home / Solar energy / Solar Power: Guess I’ll have to wait until another Time

Solar Power: I Guess I’ll have to Wait Until another Time

I had a consultant come to my house and take some measurements to see if I would benefit from solar energy. That’s getting to be a more common sight you sometimes see on roofs. It is not to be confused with solar heating. Solar heating has been used for years heating water in a home, especially water for the pool.

Solar heating panels are usually solid black. The solar panels for electricity have silver solar cells in the panels and are not solid black.

Many of the parameters the consultant was figuring I had already roughly estimated or calculated before he came. There were not many surprises. I had roughly figured it would be marginal whether I would benefit by going solar.

After he did his calculations we talked a short while. He showed me some installations in his presentation book. Then he left saying he would be in touch with me in a few days. Their solar power installation involved two companies.

So he had to submit his figures to both so they could calculate their costs. They use a computer program to calculate several variables and rates along with savings you should expect.

A few days later I received their proposal. Glancing over it I saw several, what I call “mistakes”. Those “mistakes” would ultimately make it unfeasible to switch to solar. I made remarks about the “mistakes.” I suggested a slight change that could conceivably put me in the range of possibly switching to solar power.

If it did make a difference, it would definitely be marginal. I’d be taking a chance on electricity rates really going up fast in the next 18 years. Past experience at my home had not shown me big increases in electric rates.

I was Concerned their Proposal was Greatly Flawed 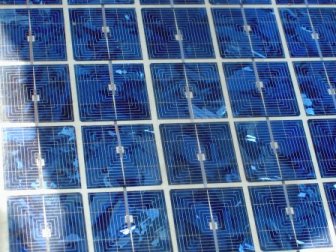 As far as I was concerned the proposal was greatly flawed. If correct, it would show a net increase in cost over the use of electricity I currently pay.

I re-sent the proposal along with my findings and suggestions some 14 days ago. However, I haven’t heard back from them. I really don’t expect to. But I’m always open to surprises.

I had noticed that most of the installations in his presentation book had systems of about 7 KWH or more. That means they generated 7 thousand watts per hour. The system he calculated for me was also a 7 KWH system. It was supposed to generate about 85% of the electricity I use on an average day (averaged over a whole year).

Here are my observations:

Air Conditioning in the Summer won’t make Everyone Happy

Unless you use a lot of electricity it will not be cost effective in most cases to switch to solar power. If you are a large family and waste electricity it might be practical. If you are in an area of the country where the rates are considerably more than we pay here in Southern California under Edison it might be worthwhile.

The past two years I have had at least a dozen people try to sell me solar power. That’s over the telephone and in person. I refused each time, knowing that in my case it is not cost effective. As much as I would like to help the planet and save money at the same time, I still don’t think it is practical for me at this time.

I notice now several companies in California are advertising that if your electricity bill is over $150 a month solar would save you money. I’m not sure, but it seems like most of my electricity bills are right around $100 a month. Sometimes less, sometimes more, except in the 3-4 months of summer or fall.

I am still on the summer savings plan that Southern California Edison has. However, it is definitely not as good as the original plan they had 25 years ago. Now they can cut off the A/C more than a few times a year and for longer too.

More to come on solar energy…