You are here: Home / Karma

Karma – What’s your take on karma?

Karma is a word we might hear or say when things are going either good or badly. We may not know what it actually means but most of us probably know that there may be some vague relationship between what we do and later results that might occur as a result of it.

For example say you are a mean person or acts mean to almost everyone you know or meet. Never a good word about anything. Maybe you treat people badly on top of a bad attitude. People don’t like to be around you because of that.  Then one day you go home to find your home was robbed. Not only that, everything was gone.

Someone might say that person had bad karma. They deserved whatever they got, which in this example was robbed of everything. Not just one or two items, but “>the whole kit and caboodle.” Karma can also be of the good kind where good things happen to a person.  Sometimes when that happens one is said to have good karma.

But what exactly is karma? It seems that different people have different explanations of it or think differently about it. Some associate it with luck, while others do not. For many it is difficult to pin down a real definition of it. 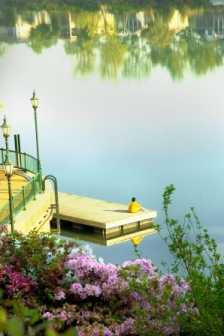 That’s where it helps to have a dictionary or other reference book to see what it really means. Of course like almost anything else, people might take it their own way, partially agree with the “books” say about it, or totally reject whatever the read or even hear.

Such is common with politics and religion. Some things you cannot sway a person’s ingrained beliefs, whether there is merit in what they think or believe or not.

Here is what The Free Dictionary says about karma:

1. Hinduism & Buddhism The total effect of a person’s actions and conduct during the successive phases of the person’s existence, regarded as determining the person’s destiny.

1. (Non-Christian Religions / Hinduism) Hinduism Buddhism the principle of retributive justice determining a person’s state of life and the state of his reincarnations as the effect of his past deeds

[from Sanskrit: action, effect, from karoti he does]

1. (in Hinduism and Buddhism) action seen as bringing upon oneself inevitable results, either in this life or in a reincarnation.

2. (in Theosophy) the cosmic principle of rewards and punishments for the acts performed in a previous incarnation.

3. the good or bad emanations felt to be generated by someone or something.

Except for the very first definition from three different dictionaries referenced above in that one definition, the second and third definitions are what we generally believe here in the U.S. as far as I can tell. People from different religions and different countries may think differently about it as I eventually found out.

The first definition where it mentions reincarnations, different existences, or a past life, that’s where  religion or other ideologies come into play and I cannot comment on that due to insufficient knowledge of the subject.

Is karma related to luck?

What I can mention, is that there might be a murky or tenuous connection between karma and luck. As I mention here I had no “good luck”, or in other words, “bad luck” in finding any rigorous research on luck. I didn’t publish exactly what I found, but it was one really short article on luck, one university study on luck, plus another university or college research written up in a book. 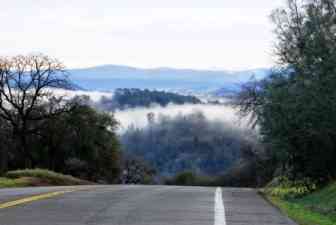 What kind of karma lies ahead for you?

All three of those were not what I would call rigorous research on the topic so I didn’t mention them in the article or on the site. Yes I did find hundreds of wishes for good luck from all sorts of places. Most were wishes to a person, while others were to a sports team or other group of people.

So I am still in a quandary as to whether there is any connection between luck and karma. They seem to have some of the same consequences and except for past life or reincarnation, are about the same.

There were also several books I read on the subject of luck, over twenty of them, but in virtually all cases what was written in the books were not backed by any real research or in-depth research, at least in my opinion.

I might be a minority in this, so I was open to other takes on the matter. My writer of so many articles for me has a different view on the matter. So I am including her writeup here so you will have an alternate view. It is in three parts, with the 3rd part here on this site since her site where it originally appeared may still be down while she revamps it.

Read the three part article below and see if you agree.  Add your comment and with it the country as that would be helpful since beliefs in karma and luck may vary drastically.